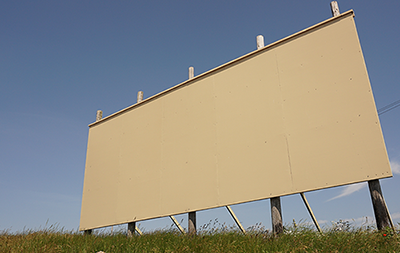 The Cost of Billboards

With so many factors influencing the cost of billboards, there is not one set price. The cost of billboards varies depending on the location, size, and visibility of the advertisement. To find the right billboard for your outdoor advertising campaign, you must look at billboards targeting your desired market and then start to compare prices. With so much to consider when looking for the perfect billboard, it can be hard to know what is a good price for each billboard. Today, we are going to take a closer look at the factors that affect the cost of billboards!

Circulation: This is the total volume of traffic passing the billboard either in cars or walking. Circulation only measures the number of people that pass your billboard, not whether they look at the advertisement or not.

Impressions: This is essentially the number of people who can see your billboard. Impressions are calculated based on the size of the billboard, the visibility, and the speed at which people pass the advertisement.

The cost of a billboard increases as the size of the billboard increases. The larger the advertisement, the more impressions it will make and the bigger the impact on the consumer. Besides the rental cost, it is also more expensive to produce and put up.

A billboard on the right side of a road or highway, a right-hand read, is more expensive than a left hand read. A right-hand read is closer to the cars and easier for commuters to read. A setback billboard that is more than 600′ ft away from the highway is less expensive than a closer billboard because it is harder to read. A taller billboard, more than 80’ to 100’ feet above the road, also cost less because they are not in the line of sight of a driver. Any billboard with an obstruction of view, like a tree, is priced lower than an unobstructed advertisement.

While billboard pricing may seem complicated, it doesn’t have to be. Head over to BillboardsIn to see how buying billboards can be as easy as a few mouse clicks.