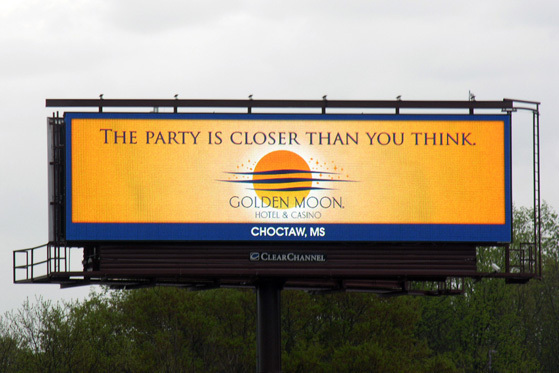 On your daily commute, you see different outdoor advertisements and may start to wonder who designs these billboards? The face behind a billboard is usually a creative designer with a background in graphic design. These designers have a lot riding on them to create a captivating and profitable billboard design.  Now, what does the design process look like? When tasked with creating a billboard, a designer has limitless possibilities! This may seem daunting, but designers have some key steps to make an eye-catching billboard. Using the basic guideline below, anyone can design the perfect billboard advertisement!

When thinking of the concept for a billboard, a designer needs to understand the target audience. The key to an effective marketing campaign is attracting the attention of the consumer you want. The designer can then narrow down some ideas that will appeal to your desired audience. Every billboard is seen by many people, but you want to captivate and stick with your target audience.

Focus on the Main Objective

What does the company want to be conveyed to their audience? What is the goal of the billboard? These are the questions the designer is focused on as they begin to create the billboard. A billboard needs to be simple, yet effective. People only have a few seconds to comprehend the message. The designer needs to create an image focused on a clear objective.

Once the designer understands the target audience and the main objective for the billboard, it is time for them to get creative and decide on the concept for the advertisement. They will decide on the message, an idea of the image, and a call to action. After this step, the designer has a rough idea of what the final billboard will look like.

When the concept is finalized, the designer will find the perfect image. Keep your image relevant and interesting. A grainy or blurry image will take away from the message of the billboard. A good rule is to stick to one main image with a resolution minimum of 300 pixels per inch.

A designer will choose a bold, simple and large font. It is easy for people to read as they pass the advertisement. A billboard is not the place for ornate fonts. The font needs to be large and legible.

The colors on a billboard make it stand out. Designers will usually use colors that reflect the company’s branding. They will also incorporate primary colors because they are attention-grabbing. Bold, contrasting colors will make the billboard easier to read from a distance. Viewers are 62% more likely to recall some or all of the ad copy when used in conjunction with bright colors.

Bringing It All Together

The designer will bring all of the elements of the billboard together to create a captivating visual. The design process can be tedious for such a large medium with a limited viewing time. But for those who design billboards, the process is second nature.

The answer to “who designs billboards?” could be you! Check out BillboardsIn for some design tips and to get your outdoor campaign started!