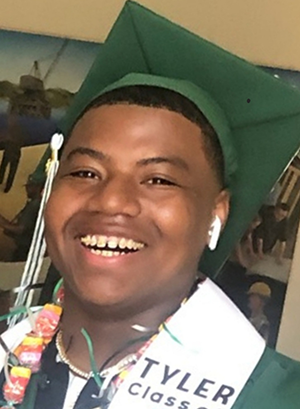 A mother is still searching for justice after the murder of her son. This is the story of Tyler Dickson, a young man whose life was unexpectedly cut short during a family camping trip.

A Murder Before the Fourth of July

In the early morning of July 3, 2021, Tyler Dickson, a 20-year-old from San Pablo, California, was found dead in his tent at the Bidwell Marina Campground, just on the Lake Oroville shoreline.

The Butte County Sheriff’s Office arrived to investigate, and the evidence pointed to murder. It’s believed that Dickson was shot and killed while sleeping. After nearly a year with no further developments and exhausted leads, California Governor Gavin Newsom announced a $50,000 reward on March 11 for any information related to the case.

Dickson had gone on a camping trip with his girlfriend’s family. What should’ve been a fun and memorable weekend turned into a nightmare. For Jade Nelson, mother of Tyler Dickson, that nightmare is still lingering, but every day since the tragedy, she has worked tirelessly to find justice for her son.

Before launching a billboard campaign, Nelson spoke with multiple news outlets across California to spread awareness of her son’s murder. Notably, she even spoke with the San Francisco Chronicle.

A Young Man with Dreams

Dickson was a star football player at El Cerrito High School, earning himself a scholarship for his performance. His impressive football highlights can still be found online. Outside of football, Dickson played basketball and baseball. In the wake of his death, four tournaments have been dedicated to him. Coming soon, there will be an inaugural Tyler Dickson baseball tournament.

While the community has been keeping Dickson’s spirit alive, no suspects have been found as the anniversary of his murder draws near. The investigative team have not disclosed the details of the case to Nelson, but she’s been assured that the case is still very active.

“I know, I just feel that there will be justice,” Nelson said.

A loss of this magnitude is indescribable, especially for a mother. Through all of this, Nelson continues to have hope, and her billboard is an important reminder to the community that this cannot fade away.

“It’s bizarre. It’s unfortunate. It’s painful, and I’m suffering, but this billboard is placed on a main street in the community where we all grew up. So it’s like, ‘Hello, this is not going anywhere.’”