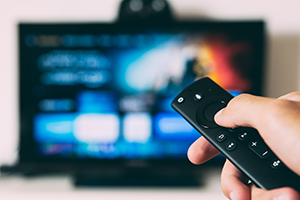 Billboards for Movies and TV

Movies and television have been a popular source of entertainment in North America for decades. In 2021 alone, there were 403 new movies released in the U.S. and Canada, and a record-breaking 559 new scripted television shows released across a variety of different streaming platforms. Additionally, it has been reported that around half of Americans utilize streaming services to watch their media, which is a dramatic switch from traditionally popular live television and movie theater experiences.

With so many options of where and what to watch, how do you make your show or movie stand out to potential viewers? We believe that an OOH (out of home) advertisement can be a perfect choice to raise awareness among a large audience, and below we’ll show you why.

Gain Recognition in a Sea of Competition

As mentioned above, there are tons and tons of new shows and movies being released every year, which are also competing with tried-and-true favorites. Today, there are over 200 streaming services for a consumer to choose from—the most popular ones being Netflix, Amazon Prime Video, Hulu, Disney+, and HBO Max—each with a plethora of shows and movies to watch. With so many options to choose from, you want to make your media stand out. Enter: out of home advertising. OOH advertising lets you isolate your entertainment option on a bold display for large amounts of people to see. Billboards and posters are nearly impossible to ignore, and they help to broadcast the important details of the premiere for potential viewers to remember.

Garner Excitement for the Premiere of Your Show or Movie

Sometimes people want something new to watch, but don’t have the time or energy to search up and look through all the options available to them. By posting the most important information on an eye-catching display, you can quickly increase excitement for the start of your show. Including the essential details like when and where to watch help to make it easy for viewers to remember your show. Consider utilizing the 3-second rule to condense your verbiage—that is, assume that your viewer has only 3 seconds to process all of the content on your ad. Basically, keep it short and sweet!

Utilize an Ad Format with a Great Return on Investment

Billboards and other forms of OOH advertising also have a high ROI (return on investment) to take note of. It was reported that OOH advertising brings in an average of a 597% return on investment—which means that for every $1 they spend on advertising, businesses typically receive around $5.97 in return! Additionally, billboards have a proportionally low CPM (cost per thousand views) compared to other forms of advertising. Forms of advertising such as print, podcast, and television ads have CPMs that run between $6-39, while billboards have a CPM of only around $2-7.

Today is the day—visit billboardsin.com now to see what kind of options we have to offer!