Ranking as the fifth most popular American city and home of the Tampa Bay Lightning of the NHL, Tampa is an amazing location for billboard advertising. It does not matter if you are interested in posters, bulletins, junior posters, or digital billboards, BillboardsIn can get you competitive quotes for your next billboard advertisement in the "Big Guava". The major roadways in Tampa to help start your search for your next billboard advertisement location include I-4, I-27, The Howard Frankland Bridge (I-275), the Courtney Campbell Causeway (SR 60) and the Gandy Bridge (US 92). A few important freeways to note are The Lee Roy Selmon Expressway (SR 618) and The Veterans Expressway (SR 589). Other main streets are Hillsborough Avenue, Dale Mabry Highway, Waters Avenue, Nebraska Avenue, Florida Avenue, Bruce B. Downs Boulevard, Fowler Avenue, Busch Boulevard, Kennedy Boulevard, Adamo Drive and Dr. Martin Luther King Jr. Boulevard. Purchasing a billboard in any of these great locations with the help of BillboardsIn will definitely send your business in the right direction. 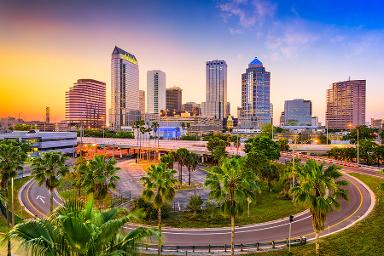 Billboards in Smaller Cities within Tampa