Omaha has been ranked as the 21st most walkable city of the fifty largest U.S. cities, meaning that people are always in the streets of the city whether they are commuting or enjoying the sights around them. Furthermore, the city is home to an extensive trail system for walkers, runners, bicyclists and other pedestrian modes of transportation. It does not get much better than Omaha for cities in which your street furniture advertisement will be seen. If you want to target the many transit users in the city, you can do that as well. The Greyhound lines terminal is located at 1601 Jackson Street in downtown Omaha, which would be a very good location for a street furniture advertisement, such as a transit bench. Additionally, Megabus has a stop at the Crossroads Mall located at North 72nd Street between Dodge Street and Cass Street, which is another awesome choice for a street furniture advertisement. Let BillboardsIn find you all of the information that you need to get started by clicking below. 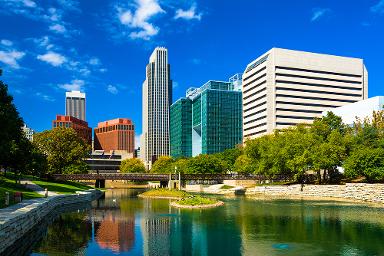 Get Competitive Quotes for Street Furniture in Omaha, Nebraska

Need to Buy Outdoor Advertising for a Larger Campaign?

Get Competitive Quotes for Street Furniture in Omaha, Nebraska