Oakland is home to over 300,000 residents and is also the number one user of electricity from renewable resources. Oakland also has the highest concentration of artists per capita in the United States, making for a huge market for billboards and advertising looking to specifically target that audience. In the artistic center of Oakland, Uptown, there are numerous art galleries, restaurants, and local food markets where out-of-home advertising can be utilized.

Billboards on Mama Buzz café or around Rock Paper Scissors would be an effective advertising strategy. Oakland offers outdoor advertising opportunities near the Oakland Zoo which draws in tourists as well as locals. Similarly, digital signage space can be purchased in the Oracle Arena. There are several highways servicing Oakland that create a high traffic advertising opportunity such as Interstate 80, Interstate 580, and Interstate 880. 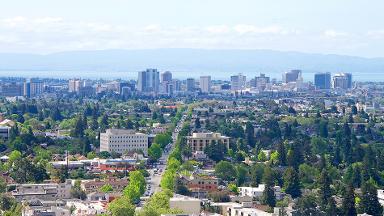